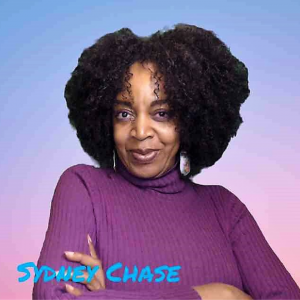 Sydney Chase is a Mother, Healer, Counselor, Actress (IMDB Listing), Entrepreneur, Shaman, Inspirational Speaker, Jewelry Artist, and Author of “Mind Garden of Eden”. Sydney is presently the Host of The Indigo Room: Creating Our Reality, which has been live since 2007.

Sydney grew up in a very strict religious background first as a Pentecostal then her parents become Jehovah’s Witnesses and there she remained until she managed to get herself thrown out of the JW religion at a very young age.  This devastated her to her core because being a part of this religion was the only thing she ever knew. All of her friends and family stopped speaking to her and would no longer associate with her. She felt alone, lost and unloved by God for quite some time.  Trying to find answers in her life, or for someone to just tell her what to do so she could do the right thing, she studied the Koran, read the Torah, followed the Buddha and even became a Born Again Christian.

Though her Bible was a mainstay of her spiritual diet, what she becomes aware of, was, all of the teachings she was studying there was a familiar truth shared by them all.  It wasn’t until she read Celestine Prophecy, it so completely knocked her socks off that she officially began her spiritual journey in 1995. She began feverishly reading as many books as she could find to assist her with evolving and becoming more enlightened and in-lightened.

As Sydney continued on her life’s journey she started and created several successful businesses, one being her favorite, Planetude 1.  She brought this business from her kitchen table to successfully opening her own store one block away from the WTC. Sydney created all of the products sold in the store, jewelry, and gifts designed from recycled paper.  She received many awards and accolades for the innovative and unique concept of “Sharing an attitude of Planetude” through her designs.

In 2002 Sydney was initiated at the highest level of all her Shaman Mother’s initiates at the time and became a powerful Shaman in her own rite.

In 2005 Sydney decided to embark on a journey she has had a love for since a child, she became an Actress. Sydney currently has 11 acting projects under her belt.  You can check out Maya’s Soul on Amazon or YouTube. 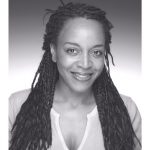 *Sydney Chase is my stage name & pseudonym also known as a pen-name.

What is a stage name or pseudonym?

Who would have thought that famous names in literature such as Mark Twain, Lewis Caroll, and Dr. Seuss were actually pseudonyms for Samuel Langhorne Clemens, Charles Lutwidge Dodgson, and Theodor Geisel?

Before you begin muttering to yourself that you absolutely had no idea at all and start feeling deceived, understand that these authors must have had legitimate reasons for publishing under their fake names. Lorraine Claire S. Rafols

Why choose a Stage name or pseudonym?

“Actually, for me, the name came from the first, middle and last initials of my birth name S.Y.D. My ex-husband and friends used to call me SYD as a nickname.  I had a small business before my children were born making doll figurines out of clothes pins.  I called them SYD-Pin dolls. Corny, I know, lol.. but they sold like hot-cakes!

SYD morphed into people calling me Sydney and here we are. The last name came when a friend and I were sitting around trying to decide a good last name that flowed with my nickname for a book I was writing at the time. We came up with Chase. The book was never published though.  Publishing books is so much easier nowadays than it was back then;  maybe I will self publish that book soon.

When I started my acting career I thought I would become a famous actress, winning all kinds of awards. In my dreams of “stardom” I thought about paparazzi chasing me, online stalkers, having people I didn’t know finding out where I lived, harassing’s of my children. You know the fabulous famous life. I also didn’t want to give any credit to my ex-husband. I wasn’t feeling using my actual name which was still my married name, it just didn’t resonate with me as a public figure.   Having my real name floating around the internet just gave me the heebee jeebies. It still does.

I was also very shy. I still am to a degree. I was extremely nervous about performing on stage and on screen. An introvert, nerd who had a passion for acting.

Always in the back of my mind was, “What if this acting thing was a big old flop?”

No one would miss me if I failed.  No one would miss Sydney. I could just ease back into my shell if the acting went willy wonkers. So right out of the gate, I started my acting career with making Sydney Chase, my stage name.

But you know what? I didn’t flop. I actually had fun. 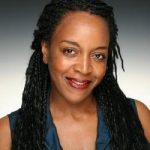 I am no longer actively in the acting community. However, as we are in the age of all things transparency, I wanted to be as transparent as possible with why I still use my stage name.  These days the only one who actually calls me by my birth name is my mama. But she has every right to and when she calls me I pays attention. LOL.

Eventually, I began The Indigo Room and kept the Sydney Chase moniker. The name still resonates with me. I do use my legal name on all legal documents. You only get my real legal name if you are doing business with me. ”

2007 Sydney found out she was an Indigo and created The Indigo Room: Creating Our Reality podcast on Talkshoe.com

2018 Sydney created the Indigo Room on YouTube and is live weekly.